Skip to Content
By continuing to use the site, you agree to the use of cookies. Legal Notices

Register Yourself Register Two or More
View Event Attendees
In person for the first time since 2020, this unique event presented by ULI Kansas City and the Greater Kansas City Chamber of Commerce brings together industry leaders and experts to highlight national, regional, and local trends in real estate. What can the industry expect for 2023? Which sectors and markets offer the best prospects?
Steven Weisenburger, Director of Real Estate Business Advisory Services at PwC, will provide an overview of the Emerging Trends in Real Estate® United States and Canada 2023 report, featuring insights from leaders across the real estate sector, including investors, fund managers, developers, property companies, lenders, brokers, advisors, and consultants. After the keynote, Grayson Capital Founder and CEO Michael Collins will lead a panel of local experts in a  discussion of how Kansas City’s markets will respond. Panelists include Anné Erickson, Vice President at JLL, and Jon Copaken, Principal at Copaken Brooks. Followed by Happy Hour and networking.
The first 40 registrants will receive a print copy of the Emerging Trends in Real Estate® report - a $20 value!
Note: If you are not a ULI member, but are a KC Chamber member, you can register at the member rate here. Steven Weisenburger is a director in the Financial Markets & Real Estate advisory practice, based in New York, and a U.S. member of PwC’s Global Real Estate Deals team. Steven is a Senior Advisor to PwC’s Emerging Trends in Real Estate and is a contributing author of PwC’s Real Estate Deals Insights. Steven has more than 14 years of professional services experience providing advisory and transaction services to domestic and international commercial real estate investors, operators, and lenders. He has performed acquisition analyses on all real estate property types in connection with both asset and loan transactions. He has also advised global investors in developing and executing investment strategies, including assisting institutional investors in performing financial, operational, and commercial due diligence on real estate assets, operators, and investment managers. Steven has assisted funds and placement agents to develop and/or analyze historical performance track records in connection with fund formations, as well as strategic planning and growth initiatives. In his work, Steven regularly analyzes the fair market values of real estate assets and loans as well as interests therein for financial reporting purposes.
View in Member Directory Will open in a new window 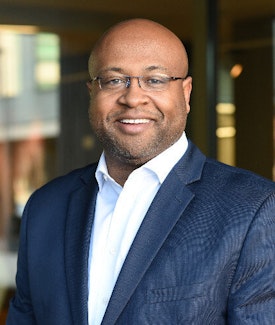 Michael Collins is the founder and CEO of Grayson Capital. Previously, he served as the managing director for JE Dunn Capital Partners, LLC, the private equity commercial real estate investment subsidiary of JE Dunn Construction Company valued at $1.9 billion. In 2011, Michael became the president and CEO of Port KC, the regional Port Authority of Kansas City, where he led the master plan development of Berkley Riverfront Park, the redevelopment of a 1,400-acre intermodal facility, and more than $600 million in conduit bond and project finance transactions. Michael began his career as an advisor to Senator Christopher “Kit” Bond in Washington, D.C., and Missouri for HUD appropriations, economic development policy, and federal facilities. Over his career, Michael has completed more than $3 billion in public finance, private equity, and development projects. Michael currently serves on the Urban Land Institute’s Global Governing Trustee board and the Americas Executive Committee (AEC), and University Health (Truman Medical). He is also chairman of the Kansas City Streetcar Authority. Michael holds a degree in political science from Park University, an MBA in Finance from Rockhurst University, and executive education at John F. Kennedy School of Government at Harvard University.
View in Member Directory Will open in a new window 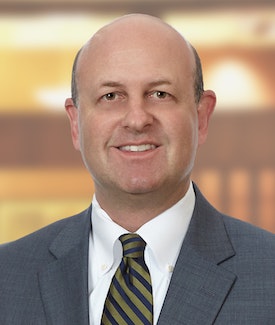 A well-rounded leader and advisor, Jon Copaken is active in the entire development process, including major tenant office and retail leasing, financing, land acquisition, zoning, and construction. He is also instrumental in the firm’s leadership and strategic planning initiatives, and an expert in forming public and private partnerships. Jon is currently responsible for two new development projects, Corrigan Station and REVERB, both in the Crossroads area of downtown Kansas City. Corrigan Station is a 140,000 square foot development involving the rehabilitation of a historic office building and construction of a 277-car parking garage which were completed in December 2016. The second phase of Corrigan Station is underway and includes the creation of a new mixed-use building. REVERB is 14-story distinctive apartment building at 18th and Walnut which will contain 132 units atop a two-story parking garage and will include a 2,000 square foot of retail tenant, rooftop bar, and a private outdoor terrace and lounge. Additionally, Jon led the team on the redevelopment of the 55,000 square foot Kirkwood Building for Service Management Group, which was the first restoration project in Kansas City to achieve LEED™ Gold certification. He also led the development of the Plaza Colonnade, a 345,000 square foot project which includes an office tower, library facility, parking garage and retail building on the Country Club Plaza in Kansas City. His most recent development was a luxury high-rise apartment project, Arterra, which included 126 units. Jon is active in several civic and economic development organizations. He is primarily focused on the future of downtown Kansas City and issues affecting the urban core. Prior to joining Copaken Brooks in 1993, Jon was an analyst in the real estate acquisitions department of Prudential Insurance Company in Chicago, and worked abroad on several real estate projects in Warsaw, Poland.
View in Member Directory Will open in a new window 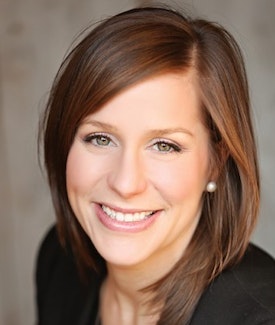 As a member of JLL’s tenant representation team, Anné is responsible for developing new business relationships, providing market research, performing financial analysis, lease negotiation and documentation for corporate users. Anné brings strong analytical and market knowledge to the facilities planning, relocation, and negotiation process. She is licensed in both Kansas and Missouri, specializes in commercial office tenant representation. Prior to joining JLL, Anné spent eight years overseas researching and analyzing emerging economies and real estate trends for investors. While overseas, she led investor market research teams focused on investment opportunities in real estate, construction and finance. In all, Anné has managed projects in Egypt, Thailand, India, Philippines, South Africa, Malaysia and Cypress. Anné earned a Bachelor of Science degree in journalism with minors in both business and Spanish from the University of Kansas. She is the current Vice-Chair and an executive board member of KC CAN!, a 2021 Woman of Impact for the American Heart Association, a 2020-2021 Executive Ascent Leadership cohort, and served on the 2020 Band of Angels for KC’s Art That Blows committee. She was a board member of the International Relations Council (IRC) in Kansas City from 2016-2019
View in Member Directory Will open in a new window 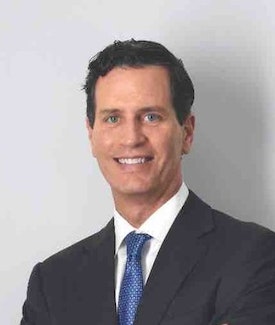 View in Member Directory Will open in a new window

A Paradigm Shift in 2023? What to Expect for CRE and the Economy